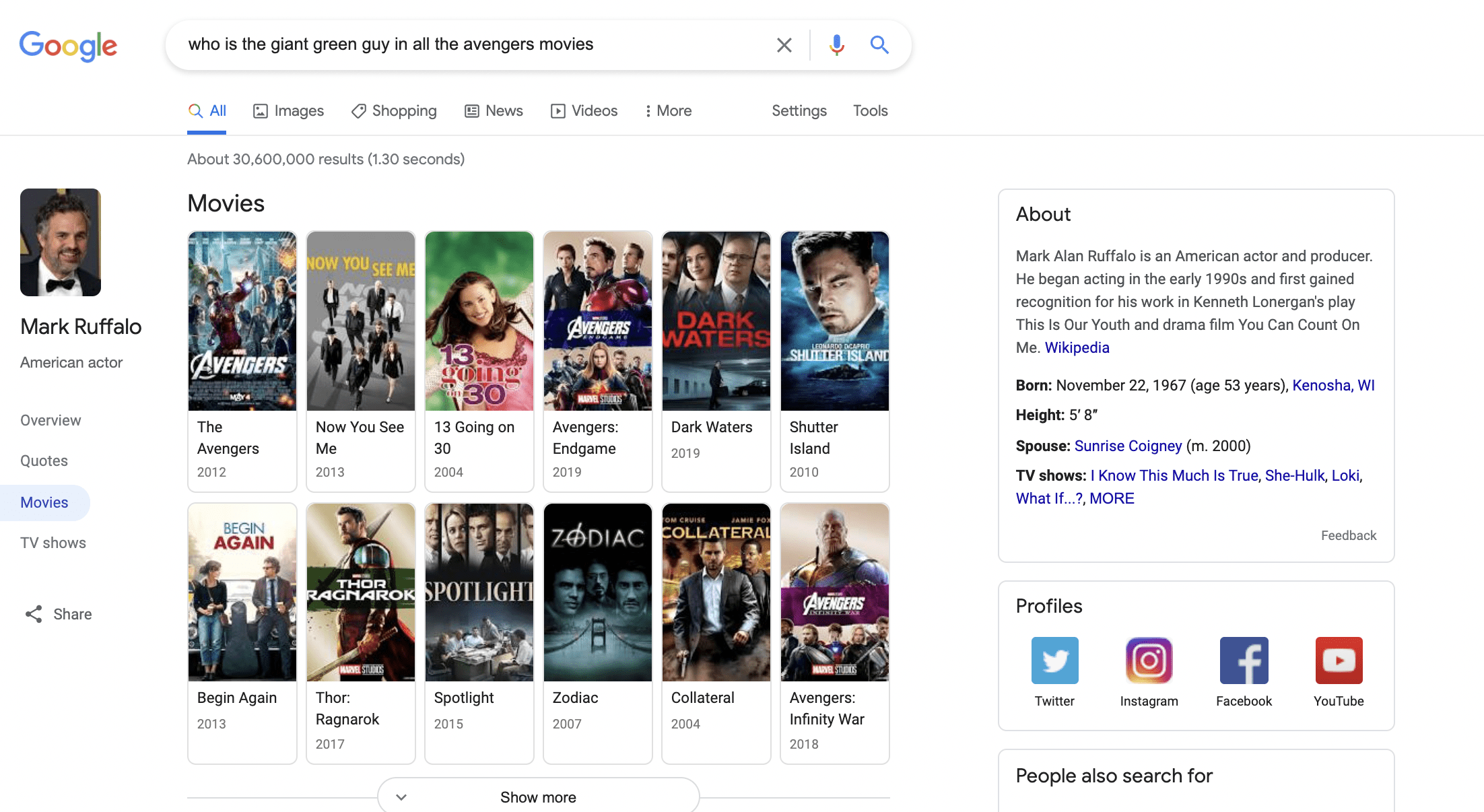 Semantic SEO has been covered all over the web by those far smarter than myself.

That said, I feel a lot of content on semantic search, entities, and topical authority is either:

So I wanted to lay out what I hope is a little more accessible introduction to semantic search, while staying true to the complexities involved.

But first, if you want more of a deep dive, check out:

What Is Semantic Search?

To help you grasp the idea here, the opposite of semantic search might involve matching a query to a page based solely on how many times the phrase was used on the page, regardless what the page was actually about.

In a non-semantic world, if you searched for “why should I take apple cider vinegar” you would likely get a page with that exact phrase plastered all over it. Note that the top result here doesn’t have exact text of the query anywhere on the page.

But thanks to countless technologies, Google understands what the searcher is looking for by analyzing:

The Healthline article has taken the “angle” of benefits, which Google correctly matches to the searcher’s intent.

Let’s look at another example of semantic search in action: 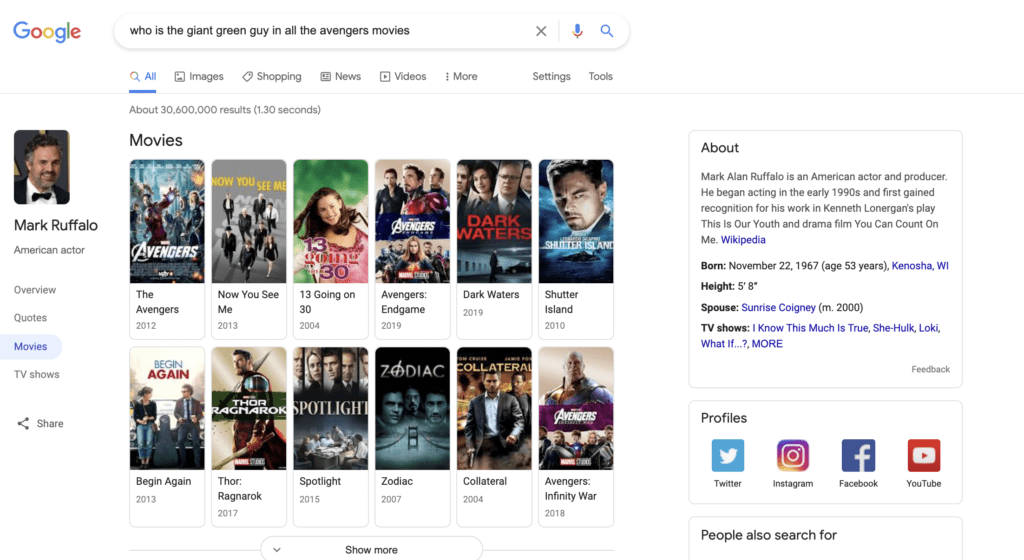 When you search “who is the giant green guy in all the avengers movies,” Google returns a knowledge panel (along with a fancy lefthand sidebar – pretty new as of early 2021) for Mark Ruffalo. Now I know we’re all used to this by now, but take a step back and realize how impressive that is.

Google was able to connect the dots between “green guy” and “avengers” to give us Mark Ruffalo, despite us not mentioning him or The Hulk by name. This can be largely attributed to Google’s Knowledge graph.

Understanding Entities and the Knowledge Graph

To understand semantic search well, we need to understand entities. Put really simply, entities are just things (or objects) – a person, place, thing, concept, or idea. In our examples above, apple cider vinegar, Mark Ruffalo, and The Hulk are all entities. Entities help Google understand the web.

But often, relationships between entities are even more important for search.

In order to organize entities and their relationship with each other, Google uses what’s called the Knowledge Graph. An entity exists on a “node,” and its relationship to another entity is referred to as an “edge.” 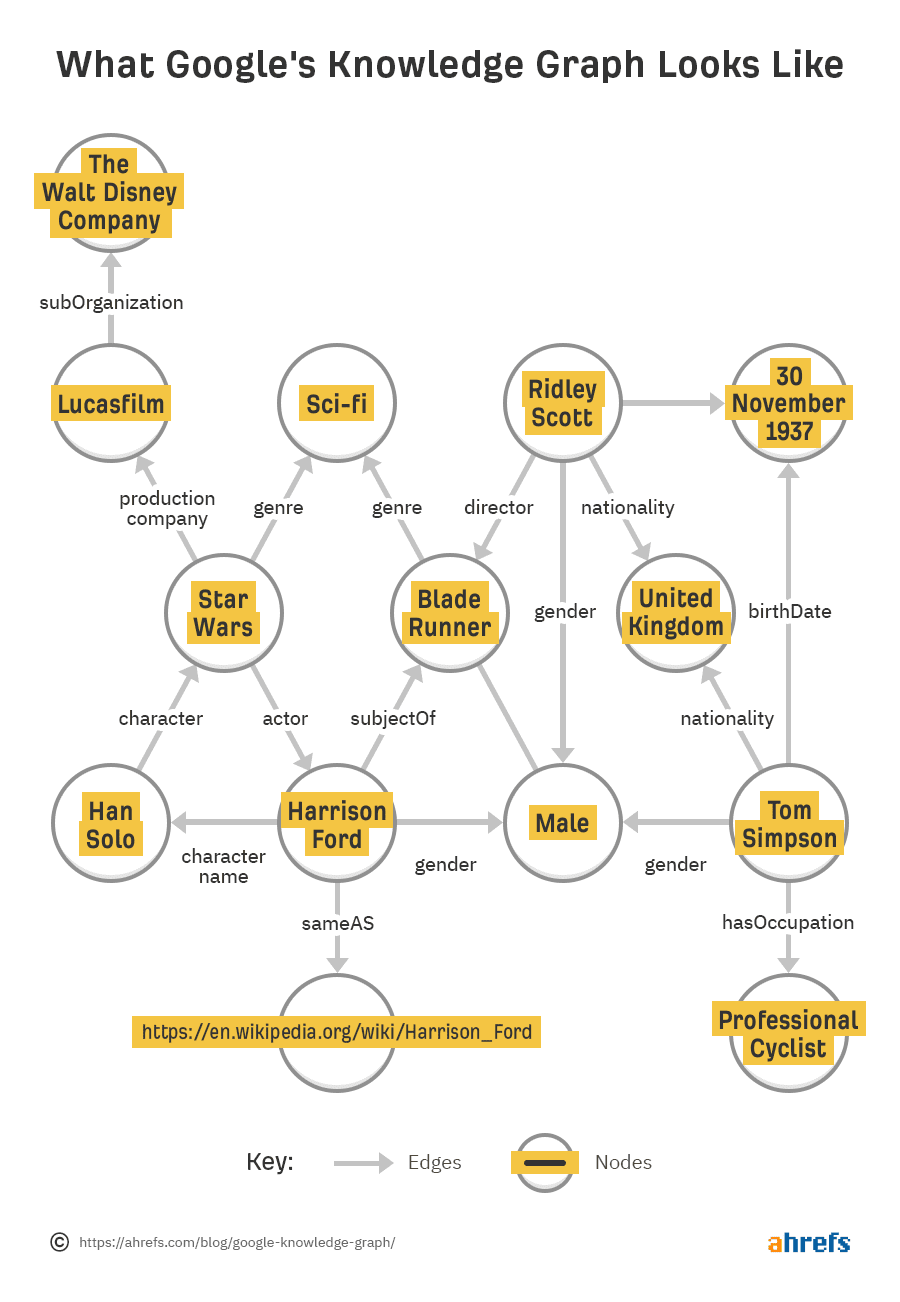 Let’s look at the search “who is the president” (searched from a U.S. IP address) to better understand the knowledge graph and entities.

Similar to our Hulk search above, we get a snippet with Joe Biden.

It’s clear from the snippet that Google associates Joe Biden with the office of the President of the United States. These are both known entities within the Knowledge graph connected by the edge “officeholder.” Officeholder itself isn’t an entity, but it defines the connection between the two.

Note that “president” itself isn’t a known entity, and that there are different presidents around the world. We didn’t search “President of the United States,” right? So how did Google know what to serve us?

Google recognizes the term “president,” as a synonym for the entity “President of the United States” thanks to our search being made in the US.

So how does Google know those two entities are related? How do they construct the knowledge graph? We don’t know for certain (it’s not documented explicitly), but we have some strong theories:

Cindy Krum goes into awesome detail on this in her blog series.

How Did We Get Here? Semantic Technologies in Google’s Algorithm

I mentioned that there are hundreds (thousands? idk) of technologies at work in semantic search. Let’s look just a few big algorithm updates and a couple technologies that have paved the way. Note: this list isn’t even close to exhaustive.

And it’s not going anywhere.

If you aren’t familiar with entities, Natural Language Processing, schema, and similar terms – and you do SEO for a living – it’s time to start digging in.